Defend and Protect - Protect and Defend Home and Family

Defend and protect might sound like some great motto for a local police department, but for someone facing the possibility of a breakdown in law and order, learning to defend your family and protect your property is an absolute necessity. You see with a total societal collapse, cops will be more apt to be protecting and defending their own, rather than trying to save you.

We're in greater danger today than we were the day after Pearl Harbor. Our military is absolutely incapable of defending this country. 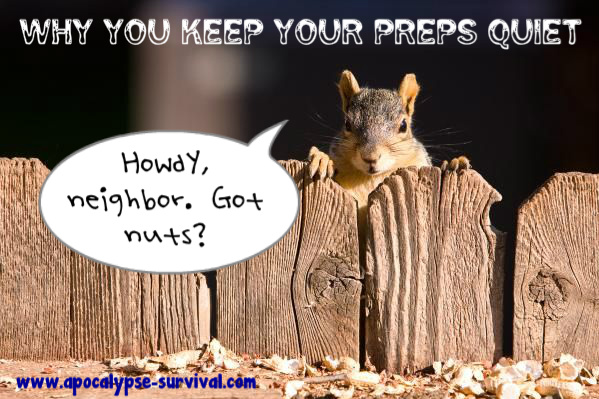 When the riots start, when the store shelves are empty, and when those who have not prepared start coming for your stuff, you had better be ready for them.

Secure Your Place In Advance

Even now as the economy continues to tank, as unemployment continues to rise and the cost of living makes living hard for many, crime is still increasing. You might think because you live in the country that you’re safe, but that’s just not the case anymore. Without some way to defend and protect your home you might be nothing but a statistic waiting to be counted.

Now, contrary to what some people think, you do not have to have military training, be a Navy seal or a cop to come up with ways to protect your property. With a little ingenuity, you can implement some of those measures right now, whereas with others you could get in legal trouble if you try to implement them before the poo hits that fan.

The ones you can implement now include: 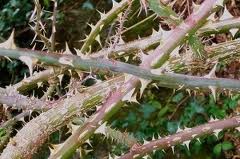 Tongue-in-Cheek Look at Defending Against Zombies... or Mutant Bikers

Learn the Zombie Threats: If you’ve got deep pockets, you might consider steel shutters that move into place to secure windows and doors.

Protecting Windows and Doors: Installing trip wires in the yard will alert you to activity outside. Ditches might be advantageous as well to slow down the clumsy undead.

Securing the Perimeter: The layout of your perimeter is also crucial. When the horde is forced to appear in one spot, it'll be like shooting fish in a barrel.

Observation Deck: From your vantage point, you can keep a lookout for coming hordes, signal to others in your group and try to defend from your position of height.

Emergency Kit: If you think you may be coming into close and personal contact with zombies, protective clothing may be advantageous. This means chain mail or Kevlar – anything that will withstand a deadly zombie bite.

Weapons: Maybe even try turning on your treadmill and placing it in front of a weak area. The zombie would just continue to walk on it in place!

If All Else Fails: ...ditch your house and head for the hills – literally.

7 Ways to Fortify Your Home for the Zombie Apocalypse

Some methods of protecting your property, which might be illegal right now, include traps, snares, and booby traps. Caltrops, pointed sticks, and explosives will get you in trouble if an idiot hunter wanders onto your property and ends up injured. So save the more deadly defenses for after.

You could line cars, busses, or trucks around you for protection. If you're a relatively large group that has weapons and capability, doing some fortification work may not be a bad idea. However, if you're a small group that wants to remain nameless, the last thing you may want to do is line a bunch of trucks around four houses, particularly if there are groups out there to fear. After all, fortification strategies like that tend to scream, here we are!

How to Survive the Collapse of Civilization 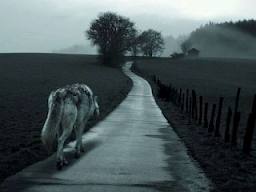 In the wild, the lone wolf doesn’t last very long just because wolves rely on each other for hunting and protecting. A wolf without a pack will eventually try to find another wolf to form another pack. If he doesn’t the chances of survival are very slim.

Similarly, one person is going to have a tough time defending his survival location against the mutant zombie bikers…otherwise known as “bad guys”. You have to sleep some time, and any enemy is going to watch your place long enough to learn your movements and habits. If you head out to feed the animals at seven o’clock every morning, they’ll plan any attack or ambush around a time when you are most vulnerable. You know what happens then.

Of course, you might have some mountain retreat so far out of reach of the ravening masses that you don’t really have to worry about many people finding you. This retreat might have tunnels and caves into which you can retreat if danger threatens and you’ve been able to stock up on decades worth of long-term storage food and anything else you might need. If that’s the case, you might make it.

However, not everyone has the financial means to have an impenetrable fortress…and most people eventually will realize they need human companionship. So you’re best plan to defend and protect must include others, family or friends. Having others to share the burden of surviving will definitely give everyone involved an advantage in a world gone wild.

Under circumstances where complete social chaos is reigning, you might not want to be by yourself. First, there's physical safety in numbers

...a group will help you protect your family and yourself when and if further danger arises.

Beyond that, group membership will help to meet your need to belong later. That's right, like the world famous psychologist Abraham Maslow has indicated, all human beings need to feel as if they belong and are safe.

Regardless, look to those you can trust: people within your own neighborhood, for example. Further, if the availability is there...look to your town.

How to Survive the Collapse of Civilization

Learn More About How to Defend and Protect


Return from Defend and Protect to Apocalypse Survival