3-D Plastic Guns - What good are they to survivalists??

With the invention of the 3-D printer, it was only a matter of time before 3-D plastic guns made their debut. Sure enough and since 2012 the plans for one style of plastic gun had been downloaded more than 100,000 times. Then the Feds stepped in and blocked the site in a too-little-too-late move to keep these illegal-but-legal guns out of production. 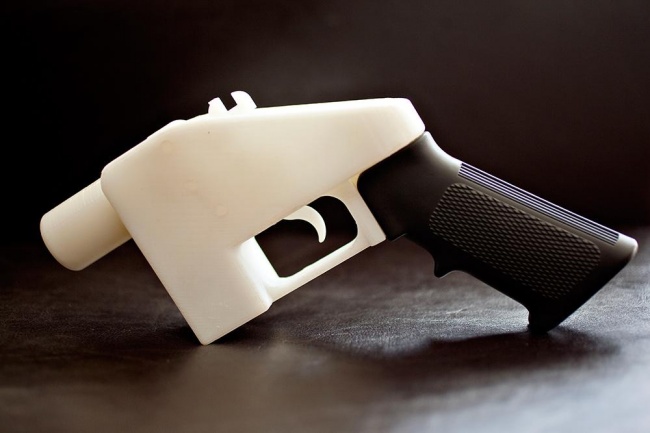 Because plastic isn’t detectable in x-rays, plastic guns have been illegal since 1988. Of course, back then the technology wasn’t available to produce a plastic gun that would function like a metal gun and fire real bullets.

However, with the advent of the 3-D printer lawmakers are scrambling to pass updates to this law that would close a loophole that allows a plastic gun to be made legal by having at least one metal part.

Just about anybody with a high-end 3-D plastic printer can, if he has the plans, make a 3-D plastic weapon. In fact, the plastic gun, designed by Cody Wilson of Defense Distributed of Texas in 2012 then posted on the Internet his plans, they had been downloaded more than 100,000 times before federal officials blocked the site in May.

With material costs in the range of $80 to $170, much less than the cost of a metal gun, and anywhere from 10 to 18 hours to print the parts, 3-D plastic guns can be made. The fact that they are virtually undetectable by metal detectors gives them great appeal to criminals and terrorists. 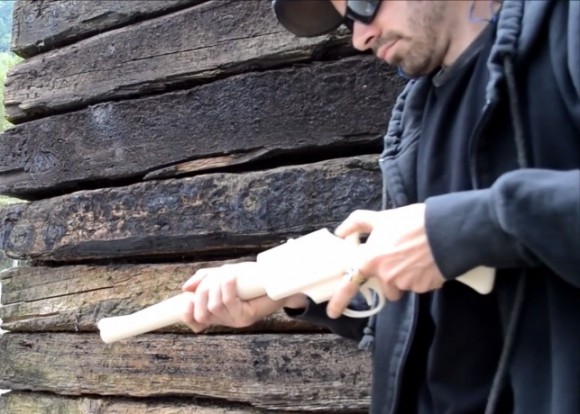 Using several different blueprints and different grades of plastic resin, agents of the ATF set out to determine just how much of a threat plastic guns might be.

They found that guns made of lower-grade plastic didn’t have much shelf-life, shattering into a dozen pieces after firing just one bullet. However, those plastic guns made from a higher grade resin proved to be a bit more reliable, firing eight shots and remaining intact. 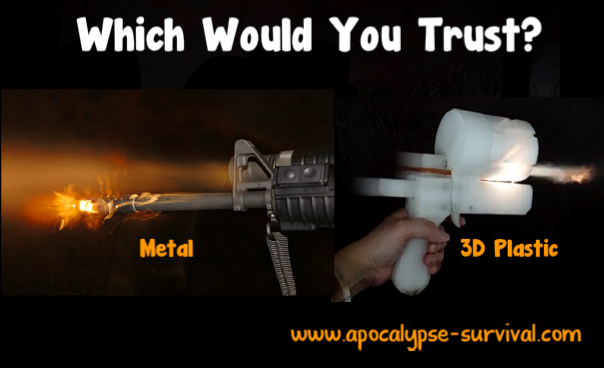 While most preppers and survivalists aren’t going to be interested in what they might consider flimsy plastic guns, there might be a few advantages to 3-D printable guns…well maybe one or two. However, I don’t know many in the prepping community who have the money to invest in a 3-D printer just so they can print out a gun with limited uses.

Most would rather take the $2000 to $10,000 it would cost for a 3-D printer and just buy a couple…or ten…quality traditional guns and rifles, plus all the bullets they might ever need, than mess with a gun that has limited use and could be possibly dangerous if it failed at the wrong time. It would be more apt to harm the shooter than the target.

However in time, as printers become cheaper and plans better, there is a certain inevitability that plastic guns will fall into the wrong hands. So as a prepper it’s good to be aware of them; but also remember that in countries where gun control is tight, even if a perfect gun were printed ammunition would still need to be purchased /imported.

Return from 3-D Plastic Guns to Defend and Protect