Snare Trap - Where and When to Use Snares and Wire Traps

Learning how to set a snare trap could mean the difference between life and death in an apocalyptic scenario. Snaring animals will allow you to generate a constant food supply without having to go out and spend time and energy hunting and fishing. 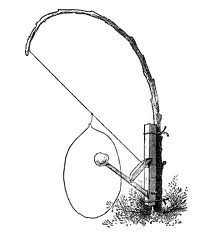 This time and energy can then be better spent on longer term survival projects like construction and water purification. However, setting a good snare is an art form, so you'll want to start practicing ahead of time in the area around your home.

The key to setting a good snare trap is to find the right spot. You need a place that will be popular with your chosen target animal, most likely a rabbit or other small mammal, without being out in the open as predators will often get to your food before you do.

Good places to set snares include:

Once you've settled on the best locations for your snare, you'll then need to decide on the type of snare that you're going to make. The most common types of snare include:

Each snare trap type comes with its advantages and disadvantages. Your choice will be dictated by your skill level, the type of landscape you live in and the number and types of predators that live near by.