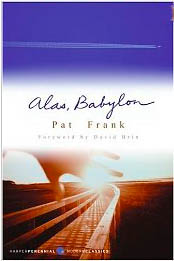 I learned about the importance of canning meat when I read, for the first time, Pat Frank’s Alas Babylon. In that situation, the main character having been warned of an impending act of war, rushed out and loaded up on fresh meat and other goods.

Unfortunately, he packed the steaks, burger, chicken and ice cream into the household’s chest freezer. The next day a nuclear exchange took place, with several nukes striking the U.S. and taking out the power grid, as well as killing millions.

However, he didn’t even think about what the loss of power meant until his little niece opened the freezer to find thawing meat floating in a puddle of melted ice cream. What followed next was a panicked search for canning jars and lids, as well as salt for preserving.

What meat wasn’t canned or salted was then cooked on the barbeque for a neighborhood pig out. 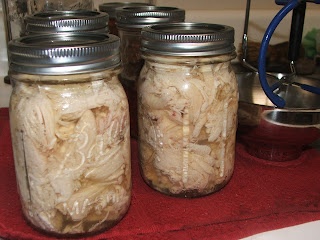 I’m surprised at the number of people who are afraid of canning meat. Nothing is easier than canning raw or cooked meat. Yes, you have to pressure can it, so you want to know that your pressure canner is working correctly. However, as long as you have working equipment, glass canning jars, lids and rings, you can can any type of meat you can think of.

Not only can you pressure can meat for your own consumption, but you can prepare healthy food for your pets out of meat that may actually be a bit borderline. For instance, some people unknowingly give away perfectly good meat, when they clean out their freezer in preparation for an upcoming hunting season.

Occasionally you’ll see ads on Freecycle or Craigslist for frozen meat suitable for raw feeding pets. If you see that, jump on it. As long as the meat is still frozen and isn’t freezer burned, not only will your pet enjoy it, but you can thaw it and then can it for later use. 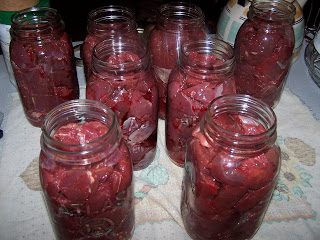 Of the two methods for canning meat, raw pack or hot pack, I find raw pack is the easiest. Following standard canning guidelines for jar and lid preparation, with your fresh meat cut into a size to easily fit in a jar, you’re ready to start.

I like to use this method with beef stews, chili’s, soups, and even leftover Thanksgiving turkey. I’ll also hot pack chicken and rabbit, because I will precook to debone, then fill the jars with the hot meat.

Save any juice or broth produced in the cooking process to add to the jars of meat. Process the jars according to your pressure canner’s instruction book.

Canned meat can be used in stews, stroganoff, chicken Alfredo, chili, soups, tacos, etc. Another benefit of canning meat is that it takes very little to warm up the meat. This could come in handy if fuel is limited or you don’t want to draw attention to the fact that you have food by cooking it and emitting mouth-watering cooking odors.