History buffs and sci-fi fanatics alike will all find enjoyment from turning the pages of Alas Babylon, a Pat Franks novel. Considered to be an "apocalyptic" novel set during the cold war of the 1950s, this eye-opening book is not only a thrilling fictional tale of survival but also a piece that forces readers to consider many horrifying what-if possibilities. 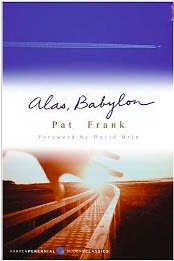 Pat Franks Novel Alas Babylon takes place during the height of the Cold War between the United States and the Soviet Union. This literary wonderment takes us on a fictional journey into one possibility of what could have happened if nuclear war had actually resulted inside U.S. borders.

The plot of the story takes us to Fort Repose, a typically American Florida town of the 1950s — when segregation was rampant and communities were rarely communities but rather small groups that made up a whole. Here we meet the main character, Randy Bragg, who receives a telegram from his brother, Colonel Mark Bragg, that nuclear war is imminent. This telegram, which simply says "Alas Babylon," is where the novel gets its name and ties into a Bible story of similar apocalyptic themes regarding the End times.

The Heart of the Story

After a few short chapters of mood setting and character introduction, the plot develops. We see the small town survive a nuclear attack that wipes out most major Florida cities. It is said that Fort Reposes location spared it from excessive damage and dangerous radiation levels. However, the community is now almost completely cut off from the rest of society and must work together in order to survive — an effort that must transcend feelings, opinions and racial/social lines.

We look on as the town struggles to create a system of order, establish a bartering system where money is worthless, and solve numerous other emergencies and crises to allow the townspeople to survive on limited resources.

Throughout the community's endeavors to rebuild and create a safe living environment, the residents of Fort Repose face numerous tragedies — death, radiation sickness, rogue violence and even suicides. While the community does eventually become stable, the end of the story lets us know that it could take a thousand years to decontaminate affected areas and no one should consider themselves "out of the woods." 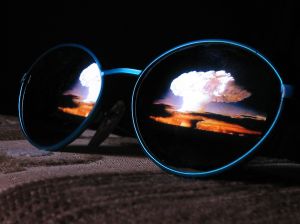 What Makes This Story Special

One of the most impressive things about Alas, Babylon is that no matter what your literary interests, almost everyone can relate to the fears and anxieties that the people inside this town are experiencing. The author, Pat Frank, is careful to leave dates and timeframes exceptionally vague so as to give the reader a sense that while this plot is set in the past, they could be looking at the future. This makes this novel a literary masterpiece that will never become dated because it deals with time-transcending themes: war, fear, survival and apocalyptic events.

The novel gives readers a pretty clear and factual scenario of what they themselves could possibly experience if the United States were to come under nuclear attack at the hands of a foreign enemy.

A work that truly examines the strength of the human spirit and the fear that lies in the unknown and the what-if, Alas Babylon takes readers on a journey that allows them to explore some of their deepest fears and come out on the other side with a new perception about the world and what 'security' really means. This literary work is a perfect combination of information and fictional events creating an exhilarating story that people will likely to be raving about for years to come.