Because tornadoes strike violently without warning, knowing about tornado preparedness can potentially save your life and the lives of your family. Frequently occurring in central regions of the U.S. during spring and summer, tornadoes are powerfully spinning pillars of air that have essentially "dropped" down from an active storm supercell, while remaining attached to the thunderclouds. 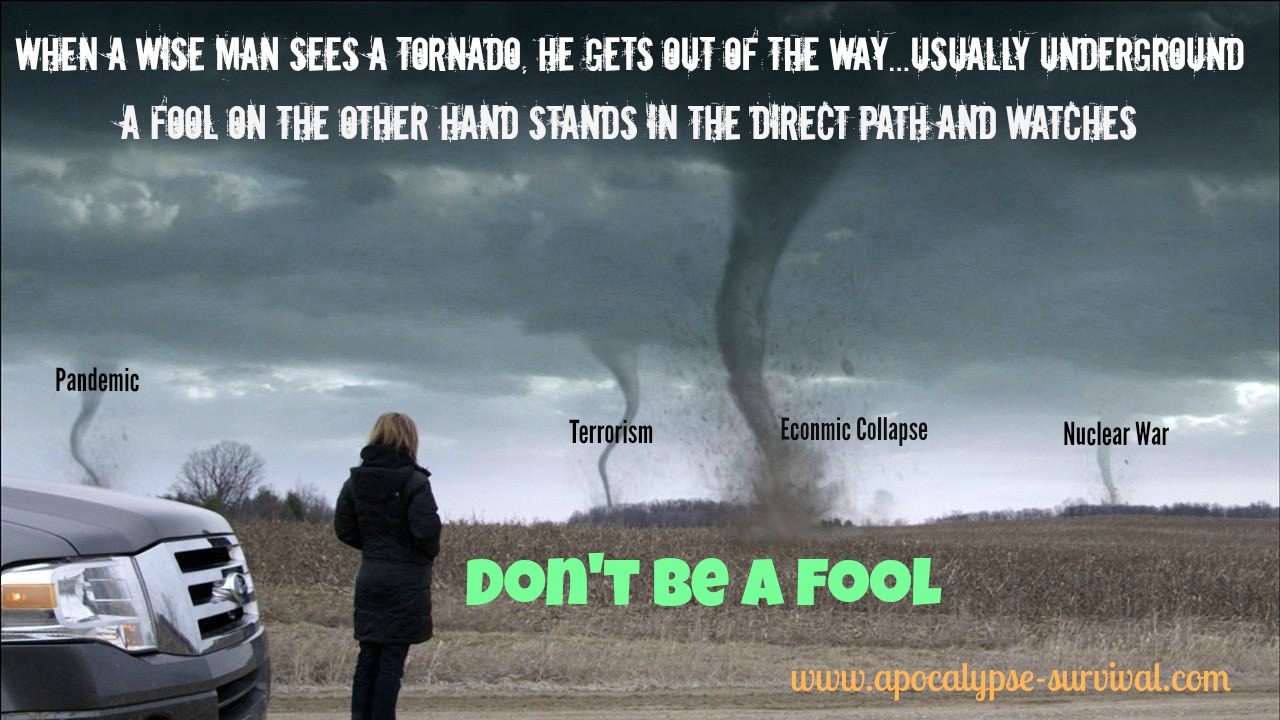 Tornadoes range from 1/4 of a mile to 1 mile in width and over 50 miles in length. Categorized in numbers 1 through 5, tornadoes are measured using the Fujita scale, which examines the amount of damage done to homes and buildings:

Keeping track of certain weather conditions, such as when humid, warm air collides with cold fronts that generate strong thunderstorms due to extreme temperature changes, is just part of being cognizant of tornado preparedness. Diligently listen to weather reports on the radio and television, as well as for sirens warning of an eminent tornado.

Other useful data concerning tornadoes include:

In the U.S., tornado season is considered the time between April and July. To facilitate tornado preparedness, individuals with basements or cellars should stock them with necessary food, medical and energy items, since these are the safest places to retreat to during a tornado. Canned goods, bottled water, bandages, flashlights, radios and batteries are all basic things that should be available in the event of a tornado.

If no basement exists in the home, the safest place is an interior room on the first floor of the building, such as a closet or hallway. Stay away from windows, outside walls and doors and insulate yourself with a thick quilt or mattress to avoid injury from flying debris. The purpose of taking refuge in the middle of a structure is so you have as many walls between you and the outside of the building as possible.

Tornado Preparedness in a Mobile Home

If you become trapped in a mobile home or car and a tornado is bearing down, leave both of these places immediately and go to the nearest storm shelter or sturdy building. Neither a trailer nor a car provides any sort of protection from a tornado, because tornadic winds can easily overturn both and present serious dangers from flying pieces of glass.

When no shelter is available, lie down in a ditch or other depression and place your hands over your head. Contrary to what many people think, hiding under a bridge or overpass is more dangerous because the enclosed area traps debris. If you are caught outside during a tornado, the safest places are flat, low, hollowed-out places.

Naturally, the ultimate in tornado preparedness is constructing your own shelter. Built as part of a home or as an exterior structure, shelters are equipped to withstand the most violent of tornados. Constructed of concrete, steel or wood layers and secured by concrete slabs, tornado shelters have no windows and are reinforced by steel doors generally equipped with deadbolt locks as well.