Thermal Nuclear War: How to Prepare for a Nuclear Attack

With the possibility of thermal nuclear war dominating the fragile future of the world, many people are starting to earnestly search for answers to questions that realistically deal with the consequences of such a devastating scenario.

For example, how do you prepare for a nuclear attack? What kind of shelter will effectively shield you and your family from radiation? Will the government be able to take care of its citizens in regards to food and medication? Is water safe to drink following a nuclear blast?

What Happens When a Nuclear Bomb Detonates? 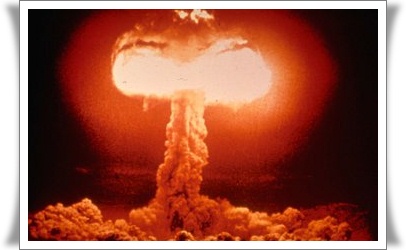 Developed nations fear the repercussions of a thermal nuclear war probably more than any other natural or manmade catastrophe. The detonation of a nuclear device releases an enormous amount of energy into the atmosphere that is dangerously satiated with radiation, gamma and x-rays, electromagnetic pulses and tremendous heat. Depending on the size of the device and how far above ground the device is located when it actually bursts, this energy will be distributed in various percentages that comprise the blast, thermal radiation and nuclear radiation.

The detonation of a nuclear bomb is categorized as an air burst, a high altitude burst, a subsurface burst and a surface burst. Locations less than five miles from the detonation site will experience a sudden rise in temperature exceeding tens of millions of degrees Fahrenheit. Instant obliteration awaits anything that is in the path of this immense, thermally radiated fireball. Photographs from Hiroshima following the nuclear blast that ended World War II reveals dark, shadowy "imprints" of instantly incinerated human bodies against the concrete walls at which they had been standing at the moment of impact.

Effects of Thermal Nuclear War on the Unprotected

Radiation from an "air burst" nuclear weapon will be more extensive than a "surface burst" device because fallout from an airburst has the ability to cover much more distance due to brisk, upper atmosphere wind currents. Humans and animals that are unprotected and come in contact with radioactive fallout may experience any one or more of the following serious symptoms within several days to several months, depending on the intensity of the radiation:

Physiological damage inflicted by thermal nuclear war on vulnerable individuals happens because of oxygen-radiation reactions at the subatomic level. These extreme reactions create harmful molecules that enter cells and destroy DNA strands responsible for the survival of a cell.

Environmental destruction inflicted by a nuclear bomb would be massive and irreversible. The "nuclear winter" often discussed by scientists, which is actually the result of a nearly impenetrable layer of smoke and particulates remaining in the upper atmosphere following a nuclear blast, would plunge most of the Earth into a mini-ice age for decades.

With freezing temperatures, little sunlight to allow photosynthesis, a decimated ozone layer and decreased precipitation, the ability to grow food would be minimal. Widespread starvation would ensue in both human and wildlife populations, quite possibly resulting in the end to life as we know it.

How to Prepare for Nuclear War

Do not forget to keep survival bags packed for immediate departure as soon as the radiation level outside decreases enough for safe exposure, especially if you are living in an urban area. Conditions of cities will rapidly deteriorate following thermal nuclear war. Sickness, chaos, violence, gang activity and the inability of the government to maintain control will undoubtedly create an unlivable and dangerous environment.