In recent years, survival shows have become increasingly popular as they are both entertaining and educational. If you are looking for tips about how to survive in an unexpected emergency, you can learn valuable information from these shows. 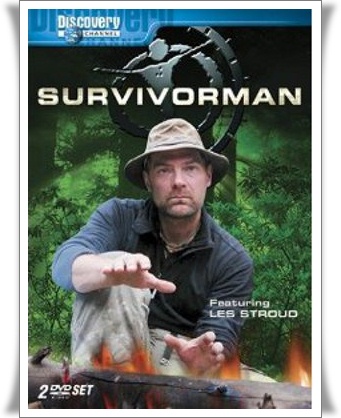 Survivorman is a popular survival show featuring Les Stroud, a Canadian survival expert, who goes out into the wilderness with minimal resources and films the experience. Many viewers find this show particularly educational and even inspirational due to the fact that Stroud does these things completely on his own. He does not use a camera crew and films everything himself. The show was on the air for three seasons, all of which are available on DVD. The scenarios he set up over the course of the show include a winter plane crash, getting lost on a hike and a broken down motorcycle in the desert. Throughout the show, Stroud offers tips about wilderness survival to his viewers.

In the Bush with Malcom Douglas

Popular survival show In the Bush with Malcom Douglas is another fascinating show that includes helpful survival tips for viewers. Australian Malcom Douglas was a wildlife documentarian. He started as a crocodile hunter but later decided to work towards crocodile preservation. In addition to giving viewers beautiful shots of Australia, Douglas taught valuable survival lessons. Lessons included how to get water from plants, how to get your car free when it’s stuck and different ways to prepare food in the wilderness. His show was set in Australia and did not air on television in the United States. However, the show is available on DVD and the internet.

Man vs. Wild is a very well-known survival show on the Discovery Channel hosted by Bear Grylls. The show started in 2006 and features Grylls being stranded in different remote, dangerous areas and having to find his way back to civilization. As with similar shows, Man vs. Wild gives helpful tips on learning various survival skills. However, many survival enthusiasts criticize the show for being misleading as Grylls travels with a camera crew and is not completely alone. Many critics believe that the show often leads the viewer to believe that Grylls has less outside help than he actually does.

Dual Survival follows two survival experts named Dave Canterbury and Cody Lundin. Lundin is a naturalist with a huge amount of experience with wilderness survival skills and Canterbury learned his skills through his military training. Viewers enjoy the differing viewpoints and skills that each host brings to the show. It’s also a great way to see how you may be interacting with your friends in a stressful emergency situation where lives may be in danger.

This show is another one that involves two people with differing backgrounds. It follows Myke Hawke, a former U.S. Army Special Forces Officer and his wife Ruth England, a British actress. The show puts them in remote and inhospitable locations where they attempt to survive for three to four days. The show is particularly interesting if you want to learn survival skills because it focuses on Hawke teaching survival skills to his wife, who is much less knowledgeable in the subject. This gives you a good idea of how other people who have not trained or prepared for an emergency might handle pressure situations.

In recent years survival shows have had great increases in popularity. They are exciting, entertaining and show people different parts of the world they would not normally get to experience. In addition to serving as entertainment, many of these shows also aim to help people learn about survival skills. While watching these shows won’t teach you everything you need to know, they are still a great way to improve your skills and learn new things.