Urban survival methods, also called street survival methods differ from techniques used in the wilderness due to a potential lack of resources regarding food and water. In addition, if urban survival strategies are required, this means that something catastrophic has occurred causing a complete breakdown of government assistance, law enforcement and any semblance of order within that area. 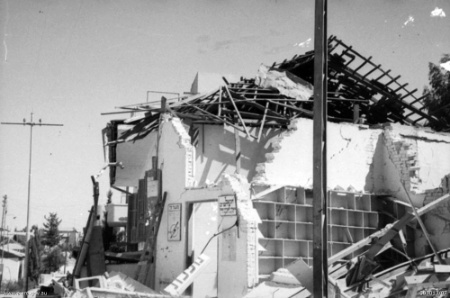 Possible reasons for this event include terrorist attack, intensely destructive weather catastrophes, nuclear devastation or even a worldwide pandemic that has killed millions of people.

When caught in a situation where you need to employ street survival techniques, these eight suggestions are excellent reminders of fundamental actions taken by anyone who wants to enhance their chances for survival in a gritty, violent, and degenerate post-apocalyptic urban area.

Having a bugout bag (BOB) always ready is essential to surviving the aftermath of a disaster. Items in a BOB, that is usually a backpack or similar container, include such things as radios, water bottles, water purification tablets, energy bars, first aid supplies, dust masks, lighters/matches and flashlights. BOBs are used when you need to leave an urban area that is no longer safe. Exiting quickly and quietly without drawing attention to you or family members is essential.

Having a bicycle, moped, motorcycle or other vehicle will make your escape easier but it also makes you more obvious. In addition, that vehicle you are riding or pedaling may be something someone else wants very badly, someone who does not care what they need to do to procure it. Depending on the exit route you are taking and how quickly you can flee the city, walking instead of using wheels may be safer.

Following an urban disaster, people will be thinking of only their own survival. Obtaining food, water, and shelter will be the focus of everyone's actions, including your own. Packing a BOB with enough food to last a week or more is vital for remaining healthy until conditions have stabilized or you find better living conditions elsewhere.

Starting a fire for cooking, boiling water or warmth in an urban survival situation means you may not have ready access to tinder. In addition to matches and lighters, a street survival BOB should contain steel wool and paper scraps to start a fire. Other items conducive to fire starting include alcohol pads, insect repellent and petroleum jelly. Tree bark, small twigs and trash are viable substitutes for tinder as well.

WORD OF CAUTION: Be very careful about building a fire or cooking anything. The smell of smoke or cooking will give away your position and lead those to you who will have no hesitation about killing you to take what you have.

Weapons to carry in a BOB are:

Carry a rifle/ shotgun or bow and arrow outside your BOB in case you need to employ immediate self-defense measures.

Dangerous and anarchic situations may require that you make homemade explosives to defend you and your family from serious threats. To make a Molotov cocktail, fill a container with a highly flammable substance, stuff a rag into it, light the rag and throw it at the intended target. An effective weapon but its unpredictability makes it equally dangerous to the person using it.

With careful pre-planning and immediate access fully packed bugout bags, street survival strategies following a catastrophe can enhance your chances of survival in a corrupted and anarchic situation.