Refugee Camps: The Top Eight Dangers of Becoming a Refugee 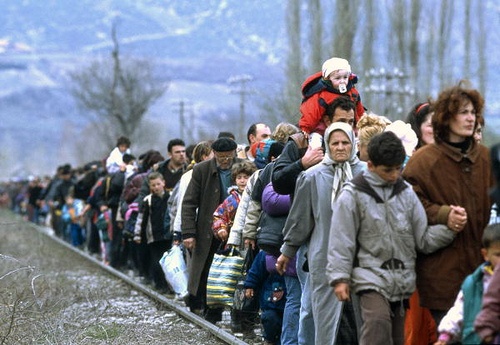 Refugee camps are the ultimate destination of those that are caught unprepared in a natural disaster area or a war zone. As of mid-2014, over 50 million people, half of whom are children, are displaced and considered refugees.

Unfortunately, since the numbers grow every day, those numbers are continually expanding. As these refugees are forced by nature or man to flee for their lives, the majority end up in refugee encampments where the threat to health, life and even liberty is further increased.

Most refugee encampments are not planned and often spring up out of necessity as refugees begin fleeing the dangers behind them, only to often find themselves in a worse situation: 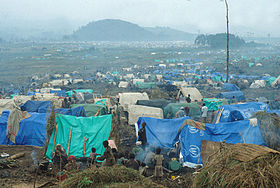 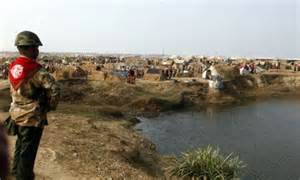 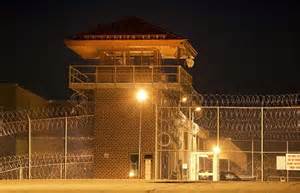 Really? Did you read about the conditions in the New Orleans stadium in the aftermath of Katrina? The conditions were terrible and it was basically a spontaneous refugee shelter.

Also, if reports are to be believed, FEMA has numerous...hundreds upon hundreds of refugee detention camps spread throughout the United States. Now, whether this is true or not is up to you to decide, but history has shown that in the aftermath of a disaster where people are forced out of their homes, the government is going to put them somewhere.

In the aftermath of Katrina, people whose homes were not damaged or in danger, were still forced by troops to abandon their homes. So when you prepare, also be prepared to bug out ahead of a forced evacuation where you might end up in a Government-run facility.

Think about this: if the Big One were to hit California at the same time as a mega-earthquake strikes the New Madrid fault line in the center of the country, while another Katrina hits the Gulf…where would all the refugees go? If FEMA is stretched so thin that it cannot respond in force to more than one disaster area, is it possible people will be herded into central locations?

Do you want to be among those forced into one of these refugee camps? If the answer is “no”, then you might want to do what you can to prepare right now to care for you and yours without having to throw yourself on the “mercy” of the Government.