Since earthquakes are not predictable, quake preparedness is essential to minimizing potential damage to everything from homes and valuables to, most importantly, your life. While most earthquakes last from 10 to 15 seconds up to a full minute, the impact that an earthquake makes is based on its seismic activity rather than its duration. 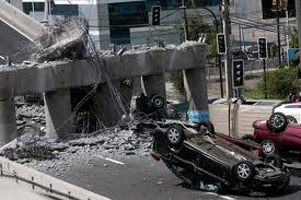 Earthquake energy is measured according to its magnitude level on the Richter scale, which is energy generated when faultlines lying under the Earth's crust suddenly move. This movement sometimes causes severe vibrations called seismic waves that emanate upward until they emerge through the crust and violently shake the ground.

The Richter scale rates earthquake energy on a scale of 2 to 9.9, with 2 being so slight that it may not even be felt. However, seismologists are able to record such activity, which helps them determine whether an area may be prone to upcoming earthquake activity. An earthquake in the 5 to 5.9 range would cause moderate damage, and may cause major damage to buildings that are flimsily constructed. Earthquakes judged to be between 7 and 7.9 magnitude will inflict severe and widespread damage to all buildings, regardless of construction type. To date, an earthquake measuring over 9.9 has never been recorded.

Remaining vigilant while living in earthquake-prone areas is the best thing you can do to protect yourself during a quake. Some protective actions include:

If you are inside a home or building during an earthquake, quake preparedness means dropping to the ground and covering yourself with something sturdy. Crawling under a heavy table or piece of furniture is the safest action to take. However, if you have nothing under which to hide, crouch in the nearest corner and cover your head with your arms.

Avoid hiding near windows, anything made of glass and outside walls. Do not leave a building during an earthquake; wait for the shaking to stop before exiting. If you are outside, stay away from buildings and resist the urge to run into a structure. Remember that most injuries resulting from earthquakes occur due to falling objects, collapsing walls and flying shards of glass.

Emergency supplies facilitating quake preparedness should not be stored in basements or cellars due to the threat of the home collapsing during an earthquake. Instead, keep supplies in a sturdy toolbox or other well-made container, and store the container in an accessible area where it is in no danger of being buried under the rubble.

Fire extinguishers, hammers, shovels, axes and rope should be stored in accessible areas as well, such as storm porches or outside sheds for immediate use.

Following a strong earthquake, electricity and water may not be available. Candles, matches, flashlights, batteries and bottled water are other emergency items contributing to quake preparedness. In addition, tents, sleeping bags and non-perishable food items will be needed in the event the majority of buildings within a given area experiencing a major earthquake have collapsed, leaving no shelter from the elements.