Post-apocalyptic fiction writing, or PAW fiction, are short stories and novels depicting an "end of the world" scenario where people who have survived the disaster attempt to rebuild their lives. Many examples of "end of the world" fiction are waiting to be read, some of which have been turned into movies.

The War of the Worlds 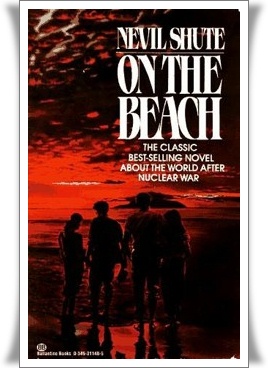 Written in 1898, HG. Wells describes an invasion by Martians who systematically devastate England using indestructible spaceships called Tripods and harmful chemical weapons that emit deadly black smoke. However, the Martians come from a sterile environment and begin dying from microbial infections contracted from Earth's atmosphere, leaving the remaining survivors to figure out how to begin rebuilding England.

On the Beach by Nevil Shute, published in 1957, concerns the devastation caused by World War III and an atmosphere rife with nuclear fallout that is quickly spreading throughout the northern hemisphere, killing all animals and humans. Only South Africa, Australia and New Zealand are still capable of sustaining life but will soon be affected by the coming radioactive fallout.

Realizing that death is inevitable from radiation poisoning, the Australian government gives citizens free suicide injections or pills to avoid suffering from the debilitating symptoms of radiation poisoning. A submarine crew sails to Seattle, thinking that people may be alive due to a repeating radio signaling, but discovers the signal is the result of a torn window sash striking a telegraph key. The end of the novel finds the submarine crew returning to Australia to face the end of existence.

Written by Stephen King, published in 1990, this bestselling, fantasy/horror PAW fiction novel The Stand is a long story with religious overtones about a superflu spawned by the government and accidentally released into the atmosphere. Killing over 90 percent of the population, "Captain Trips" mysteriously does not kill a select group of people, who comprise the book's core characters.

It is up to these characters to decide whether they should follow the command of an evil man called Flagg, presumable Satan, or the instructions of an elderly, black woman, a messenger of God. In the end, Flagg is defeated and one of the main characters gives birth to a healthy baby, a scene intended to show the reader that the epidemic is over and civilization will eventually repopulate the Earth.

By Richard Matheson, this is one of the first PAW fiction stories dealing with a worldwide apocalypse resulting from a deadly epidemic, I am Legend debuted in 1954 and is considered a classic, spawning three movies and dozens of similar short stories and novels.

The main character is Robert Neville, the only survivor of a pandemic precipitated by world war and the proliferation of mosquitoes due to massive dust storms. Although he is strangely immune to the disease, the bacteria responsible for the disease continue to affect both living and dead people, turning them into roaming bands of vampires--who want Neville's blood.

The Popularity of PAW Fiction

Psychologists speculate that people love to read and write PAW fiction because:

Finally, PAW fiction may resonate with so many people because it realistically shows us what may happen if the human race continues on the downward spiral, it has been taking for the past century. World wars, nuclear weapons, severe pollution, global warming, bioterrorism, famines, droughts, and economic instability not only represents the reality of post-apocalyptic fiction but also the reality of the reader's world as well.