The best advice to give people living in the vicinity of a nuclear reactor meltdown is to get as far away from the disaster as quickly as possible. Unfortunately, this is not always a feasible strategy for most people subjected to such a horrifying event so learning how to avoid contamination caused by the ensuing radioactive fallout is the next best action to take when faced with a nuclear catastrophe. 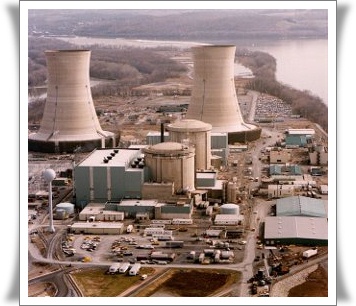 Essentially, a nuclear reactor is similar to a kettle full of boiling water, since extremely hot water is needed to generate electricity within a reactor. These reactors depend on harnessing the immense amount of energy produced by splitting an atom into two atoms, a subatomic process called nuclear fission.

When nuclear fission occurs, neutrons scatter in every direction and create extreme heat. Absorption of flying neutrons by atoms forces the atoms to experience instability and another fission reaction, which in turn releases even more neutrons and heat.

Thus, this self-sustaining chain reaction type sequence of events allows water in a nuclear reactor to remain hot enough to generate the enormous supply of electricity required to operate a nuclear facility.

When a Nuclear Reactor Meltdown Occurs

When a nuclear reactor accident happens, the heat produced within the reactor exceeds the amount of heat eliminated by cooling systems. As a result, the internal temperature of one or more nuclear fuel elements reaches a dangerously high temperature that causes a breach of the primary containment area.

Fuel used to operate the nuclear plant such as plutonium, thorium or uranium along with fission products like iodine-131 or krypton -88, then leaks into the cooling system and into the atmosphere.

Meltdowns can be just as catastrophic as the detonation of a nuclear bomb because of the potential for large amounts of radiation to contaminate the air, soil and water surrounding the reactor. The 1986 Chernobyl nuclear reactor meltdown is a perfect example of the devastation a meltdown is capable of wreaking on a community.

The United Nations Scientific Committee on the Effects of Atomic Radiation reported that at least 6000 people living in Russia, the Ukraine and Belarus at the time of the meltdown developed thyroid cancer due to radiation fallout exposure.

Fallout from a nuclear reactor meltdown is comprised of tiny, radioactive particles that are scattered by prevailing winds over hundreds of miles until it eventually falls to the ground and contaminates organic material. When combined with water vapor or rain, the contamination is even more potent, concentrated by binding water molecules. Areas affected by irradiated rainfall are referred to as "hot spots".

Human tissue is damaged when exposed to ionizing radiation. When attempts by the body at self-repair are initiated, mistakes often occur which leads to the development of cancerous cells.

As soon as news of a nuclear reactor meltdown reaches you, begin taking action immediately by:

If you live near a nuclear power plant, you should remain prepared for a nuclear reactor meltdown by keeping a three-day supply of water and food in your home in addition to plenty of duct tape, paper masks and potassium iodide tablets.