With the possibility of a nuclear attack being a reality, nuclear preparedness should be part of any comprehensive survival plan. Whether a nuclear disaster results from a reactor meltdown, dirty bomb explosions in large cities or an attack involving ICBMs, being prepared is essential to avoid death from radiation poisoning or other trauma associated with catastrophic events. 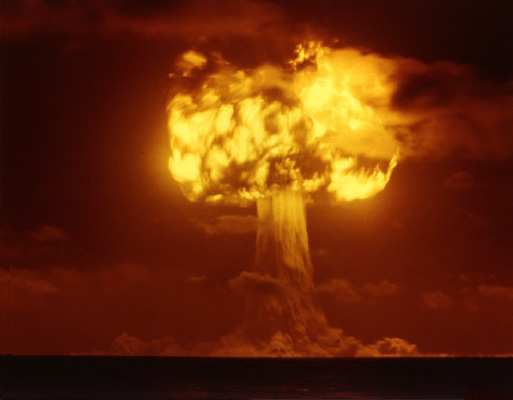 Radiation of any kind is colorless, odorless and does not immediately affect a person's health. However, the long-term consequences of radiation are often more insidious than the short-term affects due to DNA mutations and development of irreversible cancers.

Exposure to radiation levels of 10,000 rad, that is a unit of radiation absorbed by an individual, will cause death within one to two days. Radiation doses that are localized or lower, defined as less than 500 rads, may potentially kill the person exposed to this radiation level in three to four weeks.

Radiation inflicts damage on cell DNA, provokes mutations upsetting the chemical processes regulating cell reproduction and causes uncontrollable and abnormal cellular growth. Even a minimal amount of radiation exposure can cause cancers and genetic mutations in the living beings exposed to it.

Do You Stay or Should You Bug-Out?

One concern you need to focus on when initiating a nuclear preparedness plan is whether you are staying where you are or moving to a safer area either before or after the disaster has occurred. By preparing a basement, cellar or fallout shelter ahead of time, however, you and your family will not have to worry about evacuating because you will have everything you need to survive a nuclear disaster.

Remember that everyone else will be evacuating the area as well. Roads may be jammed, authorities may be restricting certain highways and people may be acting irrationally out of fear. Therefore, having a shelter at-hand is the wisest choice when preparing for nuclear disasters.

Turning a Basement into a Fallout Shelter

A fundamental bit of information to know about nuclear preparedness is that multiple materials, layers, etc., between you and outside radiation will dramatically raise your chances of remaining free of radiation poisoning. Mass readily absorbs radiation and effectively prevents it from entering the human body. Adding an additional layer of concrete to the walls and floor is a good way to insulate your basement from fallout. Sealing windows or replacing old windows with storm windows will also help prevent radiation seepage from contaminating your basement.

Organization and planning can make the best of a bad situation, so some suggestions to prepare for nuclear preparedness include:

Individuals living near Washington, D.C., New York City, nuclear power plants, military bases and large electrical power plans are vulnerable to attack and should engage in nuclear preparedness by having emergency plans ready in the event a disaster does occur.