The key to nuclear attack survival is to start preparing now. While you can keep a careful eye on the political situation and get an idea on the likelihood of an attack being launched, the speed and accuracy of long-range missiles means that you will probably have less than an hour’s notice of the impending attack. 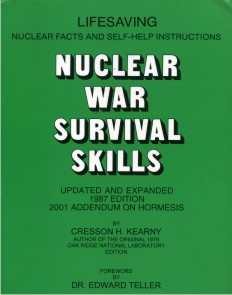 If you build a shelter beforehand with all the supplies and materials you need, you will eliminate panic and ensure your family to hunker down and ride out the aftermath in relative safety.

The reason why many believe that survival of nuclear attack is so hard is that the explosion has two deadly effects. First, living creatures caught within a mile or two of the detonation stands no chance of surviving and it may even vaporize them. The other is the radioactive fallout that comes from the hydrogen fusion.

These invisible radioactive particles, combined with the ash created by the instant cremation of everything in sight, will fall like snow, covering everything. Additionally, wind patterns will spread the area of fallout, spreading it for miles downwind, taking several days for it to settle.

Say a one megaton bomb were to strike a large city 100 miles upwind of you, it is possible the fallout would arrive within an hour after the blast. You’re in your shelter and use a radiation detector, with a probe on the roof of the shelter to see that the radiation level is at 1000 Rads per hour.

The important number to remember is that 50 Rads per hour is enough to cause deadly changes in your blood, while 450 Rads see you dead within a matter of days, if not sooner. So at 1000 Rads per hour (R), going outside for even 30 minutes would be suicide.

By monitoring the Rad levels from the point where it peaked to the rate of fall, you can quickly determine the exact amount of time you will need to stay in the shelter. If within seven hours, the Rads have fallen to 100R, then you can figure than in 25 days the Rads should be down to .5 R or ½ R per hour.

NOTE: Check this out to learn about calculating shelter time

Once the Rads per hour have dropped down to .5R, adults can leave the shelter; however, young children and babies should remain in the shelter for a bit longer. The first thing you want to do once outside is to decontaminate the ground and buildings, while wearing a mask to keep from breathing in the radioactive dust resting on the ground.

Once everything has been washed down (of course, any rain received while waiting in the shelter will have done much of the cleanup for you) only then allow the children to come outside and play.

Keeping Your Head Down

Regardless of the length of your planned stay, your family should start taking potassium iodide, which helps improve the function of your thyroid, the biggest location of cancer due to an accumulation of radiation.

One of the biggest concerns for survival of nuclear attack in an American city is that it will not only kill thousands of people but it will cause massive disruption to power and water supplies. Your shelter needs to be ready to survive without any input from the outside world for that week. This means have a generator installed and ventilated with enough fuel to run the lights and refrigeration units. You will also need enough water stored away and the government’s best advice is to lay in two gallons/liters per person per day. 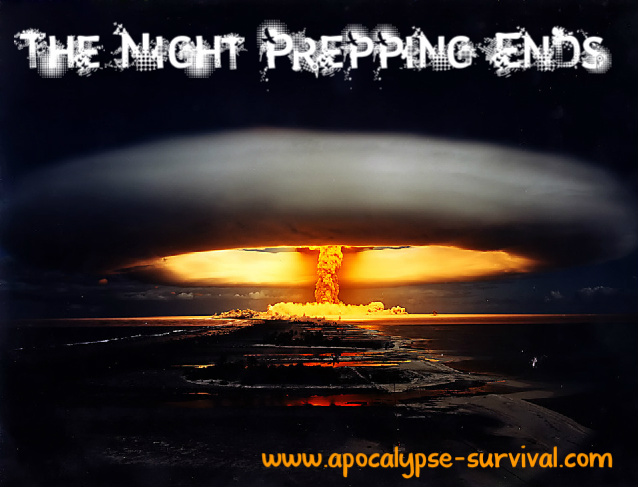 Dealing with Other Survivors

Part of your nuclear attack survival plans should include your attitude towards other survivors or people who have not made the same preparations as you. Your shelter should be big enough to accommodate your family, your food supplies and any materials or tools that you have stockpiled against the apocalypse.

Other people without shelters will become jealous of what you have and may ask to enter. You will need to think ahead of time whether to be a Samaritan and let them in at the expense of running down your rations or make the shelter a place for just you and your family.

A good compromise may be to lay in extra food and water that you can hand out to people in need but refuse entry. This means you do not have to worry about people becoming claustrophobic or overloading your energy and sanitary systems.

The other option is to start discussing nuclear attack survival with your friends and neighbors. This will allow you to start a support network in the case of an attack and it means that you can share the cost and storage of the resources between your shelters. You can then devise systems for contacting each other and arranging to get together with a long-term survival plan once the fallout had died down.