What if the Mayan 2012 prophecy is true and accurate?

With all of the debates on both sides of the argument, this is the one question that cannot be ignored. All of the doubters and the scholarly answers they give us does not answer the “what if” question. Whether or not you believe the prophecy, surely you can agree that it is best to be prepared. 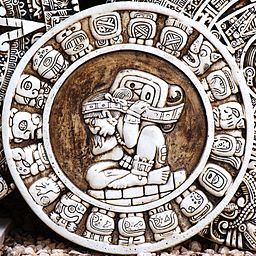 First, look back in time at the history of the Mayan people, their prediction for 2012 and how you can prepare today.

The first Mayan settlements were established around the year 1800 BC in Meso- America, which describes the area around modern day Mexico and Central America.

By the year 250 AD the Mayan civilization advanced on all fronts. Their population numbered in the millions and their cultural and social systems were well developed. By this time they were using written languages and more than 10,000 individual texts are displayed on the walls of their grand structures.

They built great monuments, historic pillars and they celebrated their rituals in grand ceremonies. The Mayans also expanded their trading operations, buying and selling goods across long distances. On all accounts it is an agreed fact that the Mayan civilization was well advanced for its time.

The Maya were great astronomers and they were able to map out the celestial movements of not only earth and our moon but also other planets within our solar system. They were the first civilization before the invention of the telescope that was able to understand the Orion Nebula.

With the system of planetary movements, the Maya were able to calculate past, present and future cycles. The projections that they produced with the naked eye are as accurate as any civilization after them.

They also made great advancements in Mathematics and from that, developed the first calendar based on 365 days. The perfection of this science is the cornerstone of the Mayan 2012 prophecy and the events soon to come.

The Mayan 2012 Prophecy shows that in the year 2012 and on the month of December, Earth, as we know it will undergo a major shift. The winter solstice, which will take place on the 21st, will cause the black hole in the center of our galaxy to create a gravitational pull with the sun.

This massive force will temporarily shift earth off of its axis and cause catastrophic changes in the form of many natural disasters taking place simultaneously. Many supporters of the Mayan sciences believe that very few will survive this event and this will be the end of Earth as we know it.

As earth is attempting to realign itself we will experience:

The shift that takes place is believed to be the cause of every major re-structuring that Earth has gone through. The last time that this event took place was on August 11, 3114 BC. The Floods and the Ice Age are two examples of the results of this major shift, and an indication of what might take place in the Mayan 2012 prophecy.

Prepare or Not Prepare

The two schools of thought express very different views on the 12-21-12 date and the events that will unfold. You cannot ignore the fact that thousands of people are preparing for this event in the best way they can. The increase in the amount of disaster preparedness websites and the many products that they offer is just one of the signs that you should pay attention.

We don’t feel that the world will end in 2012, but the panic of others – does affect you. So make sure those “panikers” don’t leave you short of food or other essentials when the time comes.

When you look back on these times you want to be able to say that you were prepared by the warning signs of the Mayan 2012 prophecy.