The fundamentals of Marine survival training involve a strategy called SERE, an acronym for "survival, evasion, resistance and escape". This type of training focuses on the following key concepts: 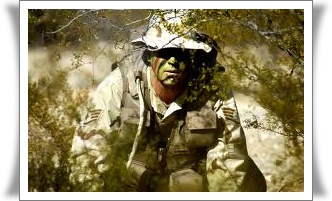 Marines involved in SERE training learn how to live in all kinds of sea and land wildernesses and climates as well as how to avoid enemy capture and internment. Resistant training is also included in SERE training programs, which teaches countermeasures for successfully opposing enemy interrogation.

Originally, Marine survival training began as a program for Air Force personnel after the Korean War ended for the United States in 1953. Pilots learned essential evasion and survival skills in case the enemy shot them down over hostile territory. Over the years, this doctrine has evolved to include classified escape and resistance strategies that currently comprise core SERE precepts.

SERE trainees are taught the following:

In addition, all survival training programs for the Marines emphasize and demonstrate the following:

Similar to survival techniques learned by civilians, this training further highlights the mental stress that combat soldiers face by including how to cope with food and sleep deprivation issues as well as techniques to help with enduring extended periods of isolation. Being captured by the enemy is not usually part of the typical survivalist's plan of action that primarily involves acquiring food, water and shelter following a catastrophe.

Facets of Marine survival training intended for special forces that deal with preparing psychologically for the possibility of capture are:

Studying Marine survival training manuals and learning how a combat soldier copes with the physical and psychological stresses of war can greatly benefit the civilian survivalist who is interested in learning as much as possible about withstanding a far-reaching and life-changing catastrophe. The manuals have served the military well, and the citizen who wishes to successfully manage the chaos of catastrophic events will improve their chances of success following these techniques.