Depending on where in America you live, feral pig hunting could be an important skill to master as a way of providing food and hides in a survival situation. It is not the same as hunting other big game like moose, as feral pigs have completely different behaviors to other animals, both as individuals and as sounders. 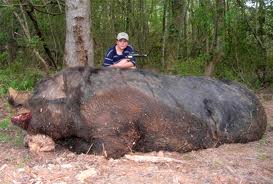 They are very intelligent which makes them hard to track down as once they get a human scent, they won't revisit that area again. However, with an average hog coming in at over 100 pounds, taking one down will solve your food problems for a month or more.

Make no mistake, feral pig hunting will be one of the harder tasks that you undertake in a survival situation. The best time to go hunting for feral pigs is at night, which is fine if you have a flashlight, but once the batteries run out, you'll be reliant on the moon and fire for lighting after sundown. 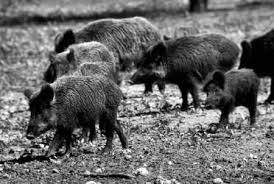 The main difficulty that you'll find when you're thinking about learning about feral pig hunting as part of your survival preparations is that in most states you need a specific license to hunt. However, this is relatively easy to get hold of as long as you can pass a background check and hold other gun licenses.

You may want to use the license as an opportunity to experiment with other methods of trapping and killing pigs without using a gun. In a survival scenario, you may not have access to more bullets and grease to keep your gun operational. Or you may want to keep that ammunition for defense against humans.

Then again, in a post-apocalyptic world, you’re probably not going to have to worry about getting some government-mandated license to hunt for food in any case!