Let’s look at a few facts about Ebola, to determine whether there really is a danger of a global pandemic, or whether once again the American people are being steered by the mainstream media. 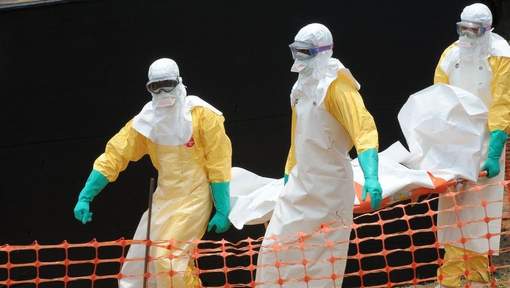 What the CDC, Center for Disease Control Says About Ebola

Ebola, an airborne virus of the family Filoviridae, genus Ebolavirus, is believed to be transmitted initially from bats. First appearing in the Democratic Republic of the Congo in 1974, this hemorrhagic fever has since appeared in several sporadic outbreaks on the African continent.

Symptoms can take from two to 21 days to appear after initial exposure to Ebola; however, the average time is 8 to 10 days.

Those with a healthy immune system are most likely to survive and will have developed antibodies that will keep them safe for the next 10 years.

Based on the method of transmission, the prevention is primarily about not coming into contact with the bodily fluids of someone sick with Ebola. If you must be around someone with Ebola, or who is suspected of having been exposed to Ebola, then make sure you use proper equipment.

Facts about Ebola: How Likely is it to See an Outbreak Outside of Africa?

All outbreaks of Ebola have occurred in Africa, and short of some traveler, exposed while in Africa and then traveling by plane outside of Africa; chances are pretty slim that you’ll be exposed to Ebola while living in Small Town, USA. So you’re probably safe. 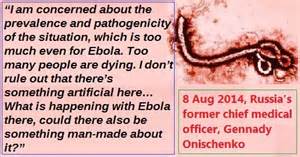 Based on the fact that Russia, and probably other governments, stockpiled hemorrhagic fevers during the Cold War, Anthony Fauci, director of the National Institute of Allergy and Infectious Diseases told a Senate hearing recently, “Theoretically, you can manipulate almost any virus to change it in any way you want.”

He also warned lawmakers that while Ebola is only transmitted through direct contact with bodily fluids, it wouldn’t take much for it to mutate to being airborne.

However, the idea of someone, with the idea of deliberately getting infected and then coming to the US in the hopes of causing a massive outbreak…a story making the rounds of some survival sites…so highly unlikely as to be nothing more than fear mongering.

To put the threat of an Ebola pandemic into perspective, let’s look at the mortality rates of a few modern disease threats:

The facts about Ebola are, unless you are planning on traveling to Africa and visiting a hospital or clinic where Ebola patients are being cared for, then you are probably not in any danger from Ebola. Just keep your mosquito repellent handy and consider stocking up on a few N95 face masks for the next flu outbreak.

Return from Facts About Ebola to Survival Medicine