Learning some basic EMP shielding techniques could be the difference between life and death for you and your family in the case of an EMP strike against America. An electro magnetic pulse would be created by the detonation of a nuclear bomb several miles above the Earth. 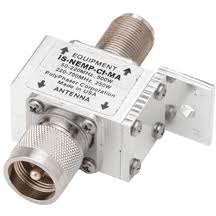 It will knock out anything that uses electricity to function so anything from cars to cell phones to automatic firearms will suddenly become useless. The circuitry in all these devices will be fried, meaning that they won’t operate after the attack: no newer cars, no cell phones, no computers, no television, no power, no cash registers and no ATMs, just to name a few.

How an EMP Happens

An electro magnetic pulse happens when the radioactive gamma rays from the nuclear reaction interact with the ionosphere which strips all the electrons from the gamma rays. These rays then take electrons from anywhere they can find it, namely all of your unshielded electrical devices.

The common misconception that an EMP will affect your brain or your body is false even though you do carry a small electrical charge. The EMP strike will disrupt the metallic circuitry and while your body does carry lots of electrons, there is no metal to fry.

Fortunately, it is possible to provide some shielding to the most essential household objects. Before discussing these shielding techniques, it’s important to note that an EMP will not hit the ground in a concentrated strike like a lightning bolt so any attempts to build massive metal rods to earth the pulse will prove futile and ineffective. However, some shielding techniques that will work include:

While the above techniques will help to protect most day to day equipment, you should look into building or buying Faraday boxes for better security. Faraday boxes are the most common type of shielding for highly sensitive electronic equipment such as ham radios, antennas and other communications equipment.

It is simply a box for the electronic device with two metallic layers that don’t touch. The inside layer protects the item against any stray electrons while the outside layer should be grounded to deflect the worst of the attack. You will also need to insulate the device against the metallic inside of the box with cardboard, sawdust or plastic.

Start by building Faraday boxes for those items you can afford to keep locked away and then move onto insulating or rewiring the other devices.