Make no doubt about it, an EMP attack would completely ruin whichever country it was aimed at. EMP, which stands for electro magnetic pulse, isn’t a particular kind of bomb or weapon but more the fall out from an atomic bomb exploded high in the atmosphere above American air space. The radioactive fall out would be disastrous over a large populated area but the EMP could completely wipe out any and all electronic devices in an instant.

What Could Be Affected 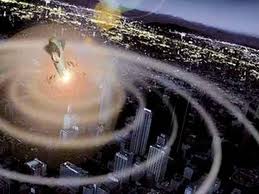 It’s easy to forget just how much of our day to day life would be wiped out through an attack of the EMP that disrupts or destroys all of our electronic capabilities. It’s not just the big things like cars or airplanes that would take the hit, but everything that requires a computer chip to work would stop functioning. Since the entire infrastructure, including water, power, communications and vehicles of all sorts have computer chips, almost nothing will work

Dealing with the Aftermath

The speed of an EMP attack which is normally measured in the milliseconds means that it can be almost impossible to protect yourself and your electrical equipment against it. The best defense is to prepare you and your family for the aftermath in a world without electricity. Key issues to think about ahead of time include:

A lot of people will dismiss an EMP attack in favor of a direct nuclear strike against a particular city. However, as more and more countries develop nuclear weapons, the risk is that they will figure out the destruction that could be brought to the US. It’s never too late to be prepared against the worst case scenario.