When a disaster strikes, having access to emergency radios that do not rely on electricity or battery power can provide you with vital information concerning the environmental, health and safety conditions following the disaster. If a widespread emergency event such as a tornado outbreak, terrorist attack or nuclear attack were to occur, often broadcast radio stations are instructed by the government to suspend their programming in order to allow emergency information related by federal and state agencies to transmit over most frequencies. 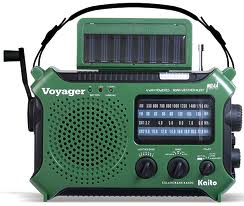 Operating like a standard battery or electrical operated radio, hand crank radios rely on a dynamo generator to store power that is self-generated, and able to energize rechargeable lithium batteries. Created by Michael Faraday over 100 years ago, the hand crank generator transforms kinetic energy into an alternating current (AC power) by inserting conductive wires into magnetic fields. The copper wire coil found inside hand crank radios helps produce this magnetic field because it is spun around a magnet.

One of the better emergency radios offering hand crank power is the Kaito Voyager KA500 manufactured by RadioLabs. Features of this versatile radio include: 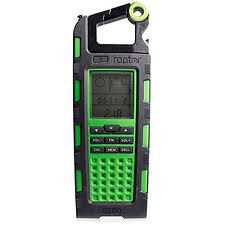 Radios containing solar panels are capable of operating using sunlight for immediate use or as reserved power. Solar powered radios are generally integrated with a dynamo generator to provide an alternative energy source and function much like solar powered calculators do by requiring moderate to direct sunlight for optimal performance.

Other makers of radios powered by solar or hand crank energy are Grundig, C Crane and Midland.

Enhanced radios that are larger and heavier provide power outlets for small appliances or may be equipped with tiny television screens. However, they will consume power quickly and need frequent recharging if used for these purposes. 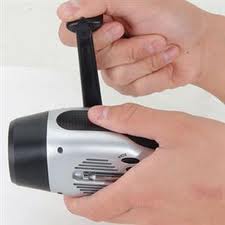 Following a disaster that causes widespread power outages and substantial destruction, people with solar powered/hand crank radios will probably hear continuing messages from several state and government agencies. The Emergency Alert System is the national warning system implemented by the U.S. when a devastating event has occurred that requires a Presidential address.

In addition, county and state authorities use EAS to warn people about impending bad weather or to issue information concerning missing children (AMBER).

Having several emergency radios stashed away in the event a disaster eliminates the viability of the power grid can provide vital information that keeps you informed of what is happening, what to expect and how to prepare for other imminent emergencies.