In many places, it is important to practice drought preparedness because water is one of the most important ingredients for life. Without water to drink, you would suffer from dehydration within a day, and after four or five days without water, you would probably die. Not only is water essential for people, but without sufficient water, crops will fail and livestock will die. 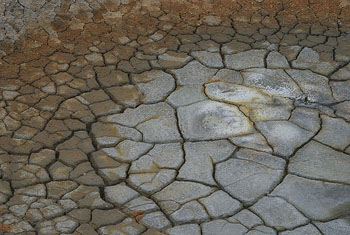 Certain areas of the world suffer from a lack of water for many months of the year. Some desert areas have gone many years without any rainfall at all. In these areas the drought is expected and the resident populations will practice drought preparedness every year.

Other areas rely on seasonal rainfall, such as the monsoon, but if that fails, the regions are in drought and the population has had little time to prepare. These areas are often some of the most populous areas in the world, so drought in these places can be a serious problem for millions of people.

Specialists in natural disaster preparedness will use a vast quantity of data from local and global sources. This might include local weather conditions, prevailing winds or factors such as the appearance of El Niño or La Niña. Even sunspots are believed to have an influence on the global climate.

In regions that are at risk of drought, the government or external agencies can monitor the situation by gathering information from various sources. This can include measurements of:

The resident population can measure some of these factors locally, but some can be monitored remotely using satellites.

The impact of a drought can depend on how the land in the affected area is used. Desert land will hardly notice any difference during a drought, but in areas of high crop production it can be catastrophic for both the farmers and any markets they supply.

When an area experiences a drought, the level of response will depend on the severity of the drought and the ability of the local population to survive it. Unfortunately, this is often down to their financial situation, with richer people better able to survive a drought by importing food or water.

As long-range weather forecasts become more accurate, it is possible to gain a little warning of the possibility of a drought. This can help with drought preparedness, but in many areas that experience drought it is a regular occurrence.

In these locations, stockpiling water and food will only ever be a short-term solution. In areas that do not normally experience drought, persuading the population to reduce unnecessary water usage is an important tactic.

A better long-term solution is to make changes that will improve water storage and distribution to crops and people. The Romans first irrigated crops two thousand years ago, and some of their systems are still in place today. Setting up an irrigation system can make precious water supplies reach more crops, thus alleviating problems in times of drought.

Another area of possible long term improvement is storing and providing access to water. This might involve damming areas to build reservoirs or digging boreholes down to the water table. Both of these can help when the area does receive some rainfall.

For those anticipating a possible long-term disruption in power, which would result in the a lack of water being pumped, preparing for drought may include digging a well and putting in a rain catchment system or large cisterns. Others will also learn how to build a solar water distiller and how to grow drought-resistant crops, and have the means to purify or filter water.

Of course, stocking up with food during the good times will help during drought. This is one of the most important areas of drought preparedness, and many agencies spend a good deal of time and money building the supplies they will need to help in times of drought. Building the infrastructure to store and distribute these supplies is also important.

Many areas of the world undergo a period of drought every year, and this can have disastrous effects on the supply of drinking water and food to the local population. In these areas, adequate drought preparedness can make the difference between life and death for the residents.