The use of a chemical warfare suit is crucial to today’s members of the military, as the use of toxins in combat has become more prevalent in the past twenty years. In fact, the instability of enemy countries is such a threat that suits are available to the public, giving people the opportunity to protect themselves and their families, should the need arise. These suits are a little costly but affordable and can protect the wearer from a number of chemicals, potentially saving lives. 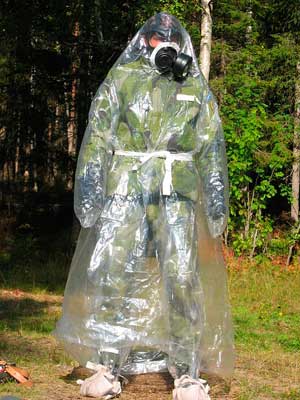 The United States military is constantly improving and upgrading their technology and the suit for chemical warfare is no exception. The suit commonly used comes from one supplier and the fit, as well as the effectiveness, is less than par but a back up suit made of new, semi permeable material, supposedly the future of chemical suits, is likely to replace or substitute the old suit. Military officials are basing this decision on the results of tests conducted to evaluate the suits performance, fit, efficiency and comfort.

The military issued $200 suit for chemical warfare, which is different from those you may see online for only $40 or $50 dollars, come complete with a hood, respirator mask, gloves, boots, and elastic wrists to prevent any contaminants from touching the skin. The main function of this suit is to protect the body and airways from coming in contact with lethal or debilitating chemicals during times of war. Additionally, the suit can help to protect against biological and nuclear elements, increasing a soldier’s ability to survive, stay safe and maintain their health during combat.

The currently used suit is heavy, difficult to carry, hot, does not fit well and exhausts soldiers, causing them to leave behind the suit or preventing military officials from distributing them in times of combat. This shortage of inventory is a problem that the United States government is not happy with, as lives go into jeopardy and the waste of money is unacceptable.

Since this is such a significant problem, an immediate resolution went into action, part of which involves training soldiers on using the suit and educating them on its life saving importance. Furthermore, the new suit created is lighter and has a better fit, offering soldiers a bit more motivation to keep and use the suits while in the field. 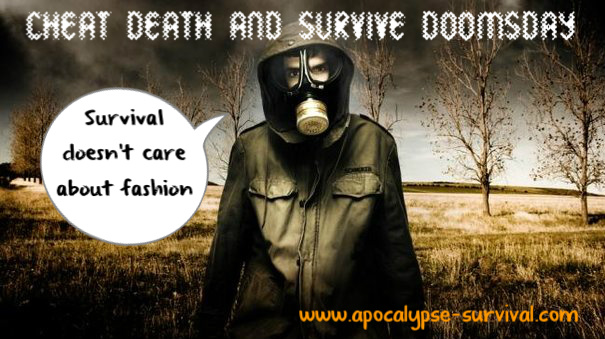 If you choose to purchase a suit for chemical warfare, you have to do your homework, as many imposters exist, along with international issued gear. As a civilian, this is important because if you were to wear another country’s gear during a time of war, you could potentially mark yourself as an attack target or end up in handcuffs.

Another problem is you could waste money on a product that does not work, is stolen, defective, or simply fake.

If you want the real thing, ask someone you know in the military to obtain one for you or go to MRE Depot, an online store chock full of military gear, from clothing to food. The only catch is you must be a United States citizen and you must have the item shipped to a U.S. address, so if you are temporarily overseas, you are out of luck.

Owning and properly using a chemical warfare suit can undoubtedly save your life, whether you are fighting overseas or experiencing disaster in your own backyard. The risk of an attack on U.S. soil is not great, at least at the moment, but it is a real possibility so if you want to prepare for things that could happen, go right ahead but be smart, do research and buy a legitimate product from a reputable source.