The idea of setting cat traps may seem alien right now as everyone sees cats as cute, cuddly and part of the family. However, in an apocalyptic scenario, feral cats will represent a threat to your food supplies and health. It's highly likely that many cat owners will let their pets loose on the streets to save food for their family and these animals will be looking for quick and easy food sources such as your carefully nurtured poultry and other small food animals. 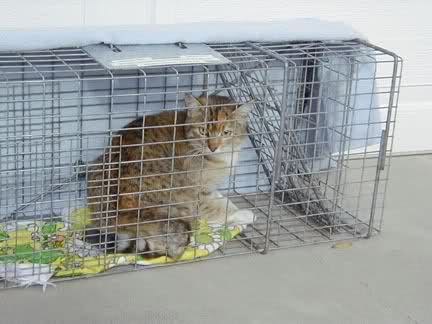 In a situation where tame cats have been released into the wild, it may seem like a strange idea to trap these animals rather than shooting or ignoring them. The main reasons for using cat traps is that it's a more humane approach.

Shooting or otherwise killing them out in the open means that you'll attract all sorts of unwanted predators while ignoring them won't make the problem go away and all you're doing is kicking the can down the road. Trapping means you can decide what to do with the cat at your own leisure.

You need to treat feral cats in the same way that you would treat any other wild animal. They will be extremely nervous of human contact and smells and will react negatively to being imprisoned for any length of time. The type of cat traps that you use will depend on where the cats are and the resources you have available. The most popular cat traps are: 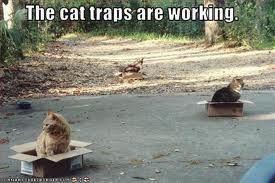 Once you've chosen the traps, you'll also need to put aside some supplies to help you deal with the captured cat.

A strong pair of gloves for handling will help to protect you, possibly some eye protection and a large thick towel to wrap the animal in, to stop it from clawing at you, while you move it from cage to cage.

A hungry cat will be a vicious cat and the last thing you want is to risk being bitten or scratched as you can't be sure if the animal is carrying any sort of disease. Also watch your face and eyes while handling a feral cat. Finally, think about what you're going to do with the cat once it's been captured.

In a survival situation, where you are dependent upon the food that you raise, cats will be just as dangerous to your chickens and other poultry as racoons, opossums, weasels and other wild critters.

You wouldn’t think of keeping a weasel as a pet, therefore you are probably going to have to come to the conclusion that any feral cats you capture are not going to be released. Instead, humanely dispose of and then bury any creatures caught in your cat traps.