Building a survival shelter somewhere near to your home may be the only way in which you can survive an apocalyptic event such as an atomic bomb detonation. You have two main options when you’re looking at shelters which are to try and build one yourself or to have one specially constructed and installed by a commercial contractor. 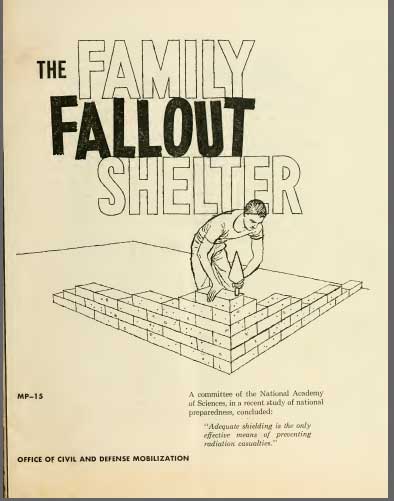 The latter option is obviously much more expensive, but may be a viable choice if you haven’t had much experience in the construction industry. However, if you’re willing to learn and have the time to make prototypes and models you can save yourself a lot of money by making your own shelter.

If you’re looking at how to build a survival shelter you’ll need to come up to speed on the technical specifications to make it as safe as possible from an apocalyptic event. The current government advice on building your own survival shelter is as follows:

When you’re designing your survival shelter you’ll need to factor in the air filtration system. You’ll undo all of your hard work by just running a vent in from the outside world so you’ll need to invest in a system that will scrub the air clear of any radiation particles. This will normally come as an attachment to an air conditioning system that sits over the intake valves.

The other main thing you’ll have to work is how you’ll provide clean water. This means finding a way to store water, purify it and then distribute to the taps and washing areas of your shelter. Rain water and local water courses will be your best supplies and you can set up iodine tanks or solar distillation systems before the water enters your shelter.

The final part of your plans when you’re building a survival shelter is to think about sanitation. You’ll need to find a way to get any human waste out of the shelter as quickly as possible. This could be a simple pump that takes the waste to a storage tank underground. Make sure the storage tank will hold enough waste to allow you to stay in the shelter for as long as possible.

Return from Building A Survival Shelter to Doomsday Clock