You can build a solar panel all by yourself instead of spending a great deal of money to buy one. A solar panel harnesses energy from the sun and apart from the initial investment, the energy is free.

Before you go ahead and build your own solar panels, you should know how they work.

How a Solar Panel Works 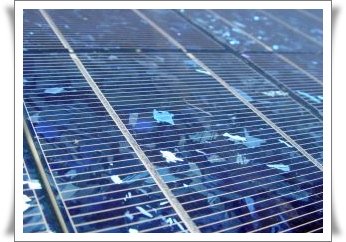 The sun emits a great deal of heat. This heat can be harnessed via solar panels, also called photovoltaic panels. It stores the heat in a battery where it is converted to direct current or DC electricity. The solar panel does not work on its own – it needs other components. When you build a solar panel you should keep all these elements in mind.

The solar panel is connected to a battery, often a lead acid one, which stores the energy and this is connected to an inverter which converts the DC current into the AC, or alternating current, needed to run electrical devices. Large photovoltaic panels generate more electricity and when a number of these are joined together, enough electricity can be generated to power a home. Excess electricity can go back to the grid.

Solar is also an option for ensuring power, in the event of an EMP or long-term power outage.

Solar panels are expensive to buy, but you can cut costs if you build your own. You will first have to decide how much power you need the solar panel to supply and then build one accordingly. If you want to power a full residence, you may need to build many solar panels. You will need

Most people mount their solar panels on a roof or stand, facing south, in the northern hemisphere, and north in the southern hemisphere. Angle the solar panel so that it catches most of the sunlight possible during the day. To avoid having to manually change the panel to face the sun directly as it moves across the sky, you might want a tracking system which will do this automatically.

When you build a solar panel, it generates a certain amount of electricity, depending on the number of solar cells used. This may be enough to run lights and fans. You may also use more solar panels in order to run more electric gadgets and appliances.

Return from Build a Solar Panel to DIY Projects