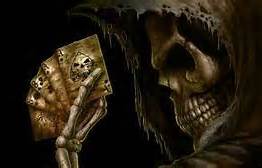 The black plague was an Apocalypse pandemic which killed one-half to one-third the population in Europe and that was before people packed into airplanes and traveled easily around the world. In 1918, a flu epidemic struck a third of the population of the world, and killed anywhere to 20 to 50 million people. Today, we face man made as well as natural health threats from viral and bacterial sources.

The Centers for Disease Control and Prevention (CDC) categorizes bioterrorism agents into categories with Category A being those organisms that;

Viruses are organisms that can only live inside of other cells, they can remain inactive and dormant until a host cell appears. Viruses infect the human body by passing through the air, through body fluids or from dried fluids on surfaces.

Intentionally or accidentally, an infected person coughing and sneezing in an enclosed area, has the potential of infecting anyone in that area, who in turn affect the people with whom they come into contact. Spraying virus filled water droplets at an international conference for example could cause hundreds of people to become ill.

The Category A viruses that the CDC monitors as they could cause an Apocalypse pandemic are:

Bacteria are microorganisms that are neither plant nor animal that can cause serious diseases and illnesses for living creatures and the Category A bacteria of the CDC that could cause an Apocalypse pandemic include:

Currently, the CDC monitors the H7N9 flu strain or avian flu, which has infected humans who have handled diseased poultry. The Middle Eastern Respiratory Syndrome Coronavirus or MERS-CoV and the H7N9 do not have vaccines for prevention and cases of infection have occurred only in the Middle East and China.

The strategy of a terrorist would be to spread a virus or bacteria that remains dormant as it passes from one person to another. As people travel, work and shop, they carry and spread the disease, which eventually attacks the body and causes serious illness. An Apocalypse pandemic is a very real possibility, which is why the CDC monitors all reports of contagious disease outbreaks throughout the world.

Any Apocalypse pandemic could result from either a random outbreak or a terrorist attack and the important thing is that you work towards prevention of infection and then, to have a plan in the event an outbreak occurs.

Prevention includes avoiding crowded environments, frequent hand washing and keeping your hands away from your face. If and when a pandemic occurs, either have means to isolate you and your family from other people or relocate to a remote place, (ie: your survival shelter), to avoid contact with others.