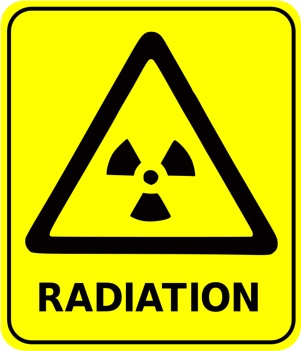 Oddly, not many people know that using antacids for radiation exposure is one of the easiest and safest ways to treat symptoms that occur after nuclear fallout. Exposure to radiation can cause serious, life-threatening symptoms in human beings, especially if they go untreated. However, knowing about how to protect yourself from this potentially fatal apocalyptic type event may end up being the difference between life and death.

What is Nuclear Fallout?

Also known as, ‘black rain’, fallout is the result of a nuclear explosion. When the initial explosion occurs, particles in the surrounding air become radioactive from radiation exposure and travel by the force of the explosion – and the weather conditions – sometimes thousands of miles from the initial site. When gravity takes hold and causes these matter particles to ‘fall’ back to earth – it exposes humans to radiation.

Radiation sickness the result of exposure to radioactive particles and in severe cases can be deadly. The effects that a person experienced  depend on how much radiation they have been exposed to – and for how long. Effects of radiation exposure may include:

In mild to moderate cases of radiation sickness, symptoms are treatable with over the counter antacid products. Keep in mind that they may not be a perfect solution for every case and if you believe that you are a victim of exposure – do not self-diagnose. If possible, seek medical attention immediately. 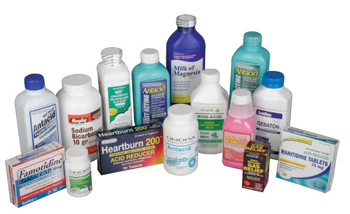 How Does it Work?

Antacids for radiation exposure are most effective when used as a treatment for a person exposed to radium or radioactive strontium-90. Doctors recommend that you quickly seek a dose of aluminum hydroxide – an element found in several over the counter medications, such as Gaviscon. This fast-acting treatment helps by blocking these two radioactive elements from being absorbed into the digestive tract.

You will only need to take the aluminum hydroxide treatment one time but you will need to follow up with further antacids for radiation exposure. A calcium carbonate treatment should be taken daily thereafter until any health threats have cleared.

Calcium carbonate – the main ingredient in otc antacids such as TUMS, prevent the radium and strontium from disguising itself as calcium and attaching to the bones – where it will continue to be radioactive and wreak havoc essentially for the rest of your life. The calcium carbonate quickly attaches to your bones and takes up the space that the chemicals would have attached to, thus preventing most absorption.

While nuclear war, nuclear fallout and radiation exposure are rare, events –do not take them lightly -- especially considering that a nuclear explosion could literally happen at any point – exposing millions to radiation.

While you should not live in fear, it is wise to be prepared on some level for what may potentially happen in the future. If you are creating a radiation preparedness kit, remember to include antacids for radiation exposure. These OTC medicines are readily available at most stores and are relatively inexpensive to stockpile to help keep your family healthy.

Return from Antacids for Radiation Exposure to Survival Medicine